the around-the-world adventures of a travelholic

Throughout history, statues have stood within cultures in the likeness of people and animals — living or dead, real or mythical, spiritual or secular. From the Roman goddess of New York’s Statue of Liberty to the half-lion, half-human, creature of Egypt’s Great Sphinx of Giza, these free-standing sculptures are as intricate as they are iconic. But some works, like Brazil’s Christ the Redeemer or India’s Kailashnath Mahadev Statue, are more than public art or commemorative pieces. They are representations of religious worship — of faith, hope and salvation — venerated in the image of the gods and divine beings of their respective beliefs.

Devotional art, some might call it, which could be said for the statue of the bodhisattva Guānyīn (观音 in Mandarin) — also known as the Goddess of Mercy — that rises from the South China Sea, off the coast of the popular seaside destination of Sanya in Hainan, China. At a staggering height of 108 metres, it is the tallest statue of Guanyin in the world. Built in 2005, it has three faces: one side faces inland and depicts Guanyin holding a sutra, gesturing the vitarka mudrā with her right hand. The other two sides face out to the sea, one with Guanyin holding prayer beads while the other has her holding a lotus.

Guanyin, short for Guānshìyīn (观世音), can be translated as “Perceiver of the World’s Sounds”. It is believed that she hears the cries and pleas of all living beings and is avowed to relieve them from their suffering. Widely worshipped across Asia, she is known by other names in other cultures: Kannon, or Kanzeon, in Japanese; Gwan-eum, or Gwanse-eum, in Korean; Quan Âm, or Quán Thế Âm, in Vietnamese; and Preah Mae Kun Ci lem in Khmer, for example.

The Buddhist worship of Guanyin originated from an earlier devotion to the Indian bodhisattva Avalokiteśvara who is associated with compassion and kindness. As these traits were traditionally considered feminine in China, even though the bodhisattva was masculine in appearance when his worship first spread, the iconography of Avalokiteśvara gradually transformed into the female form over time and is the incarnation most common in China today.

Off the shores of Sanya, the 108-metre statue of Guanyin watches over China’s Hainan and the South China Sea in her long, flowing white robe, a grand and statuesque figure atop a throne of lotuses. The statue is situated within the Nanshan Cultural Tourism Zone (南山文化旅游区) at the foot of Hainan’s Nanshan Mountain, an area dedicated to Buddhism and culture not far from the popular beach of Dadonghai. Coincidentally, there is a Chinese idiom often used when wishing someone — usually an elder — a happy birthday, or as a greeting over Chinese New Year: 福如东海，寿比南山。

Pronounced as “fú rú dōng hăi, shòu bĭ nán shān“, it can be translated as “fortunes as vast as the east sea, longevity as great as the south mountain” and is used to wish a person good fortune and long life.

According to ancient Chinese legends and folklore, there was a drought a long time ago during which Dadonghai — translated as Big East Sea — in Zhuya County (present-day Sanya City) was the only place where fish could still be caught. When a young man sacrificed his share for an elderly stranger — who turned out to be the daughter of the Dadonghai Dragon King — she rewarded him by blessing the waters of Dadonghai so that whenever the villagers drank three sips of water from it, bountiful harvests and good fortunes would befall upon them.

Another story speaks of a sudden storm that once fell on Qiongzhou (former name of Hainan), where rivers and mountains disappeared and people were either killed or wounded except the people of Nanshan, who went on to live for hundreds of years and eventually became immortals.

福如东海，寿比南山. Fortunes as vast as the east sea, longevity as great as the south mountain. Coupled with the towering blessings of the bodhisattva Guanyin, it is little wonder that aside from the popular beaches of Sanya, the Nanshan Cultural Tourism Zone also attracts its fair share of the crowd on its shores.

Elsewhere in the tourism zone, explore over 50 square kilometres of park grounds dedicated to Buddhism and culture, either on foot or through a hop-on-hop-off tram service that circles the park with stops at various temples and gardens. Visit the golden statues of the Eighteen Arhats, followers of Gautama Buddha who have attained the four stages of enlightenment by following the Noble Eightfold Path, a path of Buddhist practices leading to salvation from the cycle of rebirth. Not only have they reached the state of Nirvana and are free of worldly desires, the arhats also protect the Buddhist faith while waiting for the coming of Maitreya, a Bodhisattva who will achieve complete enlightenment and teach dharma in the future when the dharma will have been largely forgotten by the world.

Look for the Ring Gallery for Turning of the Scriptures and rotate all 66 scripture bobbins. It is believed that doing so is akin to reading the scriptures thousands of times, after which wisdom will be imparted and success will follow. Or pen down your hopes and wishes, your prayers for family and loved ones, on red, silk ribbons or small, wooden plaques adorned with red tassels and submit them to the divine beings by hanging them around the park.

Visitors can also experience the culture and customs of the Li — believed to be the earliest settlers of Hainan — and Miao ethnic minorities, and even enjoy a vegetarian lunch followed by a classical performance using traditional Chinese instruments like the erhu, guzheng, dizi, and pipa.

Regardless of your religion, the Nanshan Cultural Tourism Zone is worth a visit when in Sanya to understand more about Buddhism, and to marvel at the 108 metre-tall statue of Guanyin on South Sea as she bestows her divine mercy and protection over the people who have come from afar to worship and pray to her.

Would love to hear from you! Cancel reply

Because of the ongoing COVID-19 situation, let’s play our part in the good fight and defer all travels until the outbreak is over.

In the meantime, stay home, stay healthy, but keep strong that wanderlust spirit. 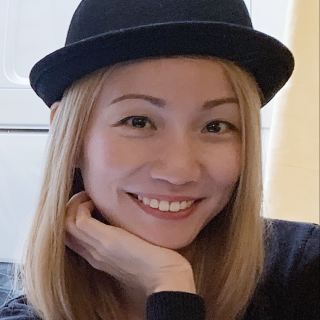 A traveller. A writer. A storyteller. Taking on the world - one tale and one adventure at a time.

Adventures of a Travelholic: